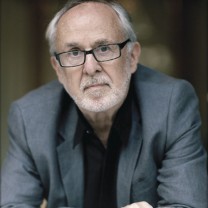 Bob James is a two-time Grammy Award-winning smooth jazz keyboardist, arranger and producer. He is recognized as one of the original founders of smooth jazz, is renowned for the complexity of his arrangements and instrumentals, and his work has been frequently sampled by artists across all genres, Two of James’ songs – “Nautilus” from 1974′s One and “Take Me to the Mardi Gras” from 1975′s Two – are among the most sampled in hip hop history.

The title track from his 1981 album Sign of the Times was sampled in De La Soul‘s “Keepin’ the Faith”, and Warren G‘s “Regulate”. His “Angela” was sampled in the track “Cab Fare” by Souls of Mischief. The track “El Verano” from the 1977 album “BJ4″ is used as a sample in the song “Blown Away” by the Cocoa Brovaz and also in the Masta Ace Track “NY Confidential”. N.W.A‘s “Alwayz into Somethin’” uses a sample of “Storm King” from the album Three. “Can’t Wait” by Redman features a sample of “Caribbean Nights” from the album Touchdown.