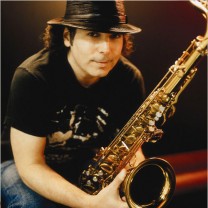 Boney James, is one of the most successful instrumental artists of our time, with sales totaling over 3 million records. He is a three-time Grammy Award nominee (Best Pop Instrumental Album, 2001 and 2004, and Best Traditional R&B Performance, 2009 ) and a Soul Train Award winner (Best Jazz Album). He has also been honored with an NAACP Image Award nomination for Best Jazz Album. He has accumulated four RIAA Certified Gold Records. His 14th album “The Beat” (feat. Raheem DeVaughn and The Floacist) was recently released on April 9th, 2013.

To date, nine of James’s albums have reached No. 1 on the Billboard Contemporary Jazz Chart and two have reached the top 10 on the R&B Albums Chart, a rare feat for an instrumental artist.

James is also renowned for his compelling live performances. According to the Boston Globe: “Let’s make something perfectly clear: James is not a smooth jazz player. Yeah, he is often grouped with people like Kenny G and Najee, but his music is muscular and gritty, whereas most smooth jazz has all the texture and complexity of a cue ball…. James swaggered across the stage like a blacktop hero draining treys on an overmatched opponent. He even weaved his way through the audience, never missing a beat and all but daring the crowd not to have a good time.”