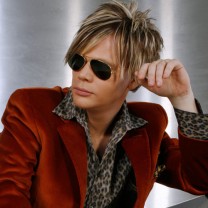 Inspired by his father, music educator Jim Culbertson, Brian Culbertson has been a fast and fierce study of music, gravitating to all styles of dynamic music as long as it was expertly played by artists ranging from Chicago, David Sanborn and Sting to The Brecker Brothers and Maynard Ferguson. Since his 1994 debut Long Night Out, Brian has been credited with bringing a youthful yet no less masterful energy to popular instrumental music with hit albums and singles. His sixth album Nice & Slow (2001) topped Billboard’s Contemporary Jazz chart for six weeks straight. And its follow-up, Come on Up (2003) included his blazing cover of Earth Wind & Fire’s “Serpentine Fire,” impressing Maurice White enough to want to work with him.