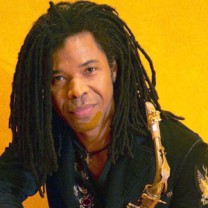 Paul Taylor grew up in Denver, where he took up the saxophone at the age of seven. He played in school bands, and in high school joined a Top 40 band called Mixed Company. Jazz keyboardist Keiko Matsui and her husband, producer Kazu Matsui, discovered him playing at the Catalina Island Jazz Festival and hired him to play in their band. He spent two years with them, and then Kazu Matsui produced his 1995 debut album, On the Horn, which reached the jazz charts and spawned a radio hit in "Til We Meet Again." Pleasure Seeker, his second album, followed in 1997 and was equally successful. Taylor released his third album, Undercover, on Peak/N-Coded Music in February 2000. Also in 2000, he toured as a special guest artist with the Rippingtons. Subsequent albums Hypnotic (2001), Steppin' Out (2003), Nightlife (2005), and Ladies' Choice (2007), all issued by Peak Records, figured high in the contemporary jazz charts, with Ladies' Choice going all the way to number one. Peak released Taylor's eighth album, Burnin', in 2009. Two years later, Taylor returned with the album Prime Time. In 2014, Taylor released Tenacity, which featured guest appearances from Jeff Lorber and Jonathan Fritzen. ~ William Ruhlmann, Rovi