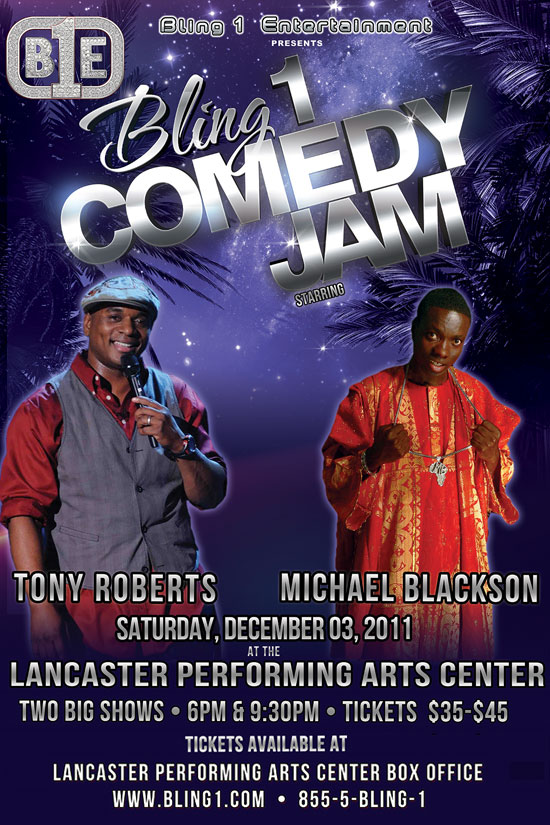 Tony T. Roberts, also known as Tony Roberts, is an American comedian and actor. He has appeared on HBO’s Def Comedy Jam, BET’s ComicView, and It’s Showtime at the Apollo.

Michael Blackson is Ghanaian American actor and comedian. He uses his African and American life experiences in his stand up comedy routine in a slight Ghanaian accent.