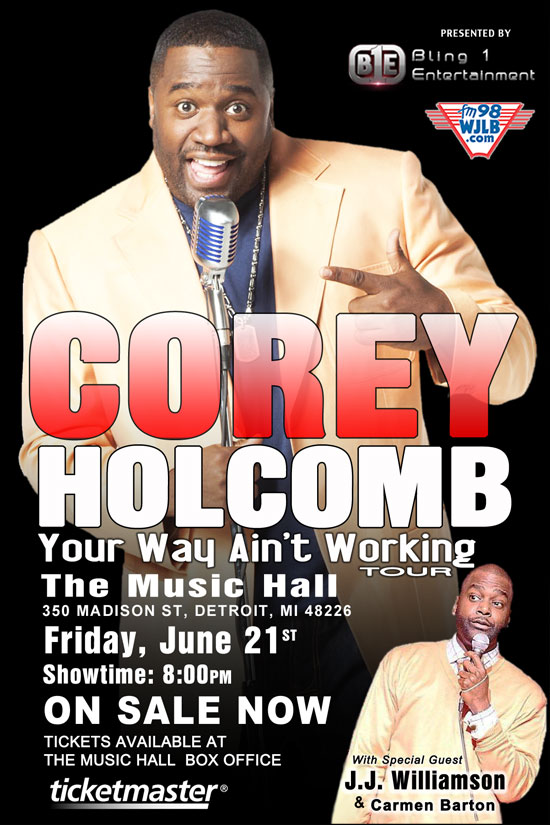 Corey Holcomb is an American stand-up comedian, radio host, and actor. Born and raised in Chicago, Illinois, Holcomb got his start in comedy with the help of another Chicago-area comedian, Godfrey.

Often billing himself as the “ghetto Dr. Phil”, most of Holcomb’s standup material revolves around relationships, particularly relationships gone wrong. In addition to touring the country, he has appeared once on the Jerry Springer Show with fellow comedian DeRay Davis and as a regular on the stand-up/improv-based television shows Comic View, Def Comedy Jam, Last Comic Standing, and Nick Cannon Presents Wild ‘n Out. He has appeared in three comedy specials of his own, Corey Holcomb: The Problem Is You, Comedy Central Presents: Corey Holcomb, and Corey Holcomb: Your Way Ain’t Working. He also appeared on the 2010 edition of Shaquille O’Neal’s All-Star Comedy Jam